Getting a Picture that Donors Can’t Resist Our case statement increased donor retention by six points!  When you hold a piece of marketing collateral, it’s so polished that you can’t tell what it took to get there. Such is the case with the fundraising brochure that we created for the Dominican Friars. In this part three of four, behind-the-scenes look, find out how we got the images that donors love.

Whenever possible, we scout our locations before a scheduled shoot. We need to know that what we envisioned can happen on the shoot day. At an outdoors photoshoot in the public, it’s essential to try to control the things that are within our control. And have backup plans just in case. A week before the shoot, Leslie and I met at St. Dominic’s before the morning service was about to end. We checked out possible church interiors and the scene as friars greeted parishioners exiting the church. We took the opportunity to take some candid photos with our iPhones. 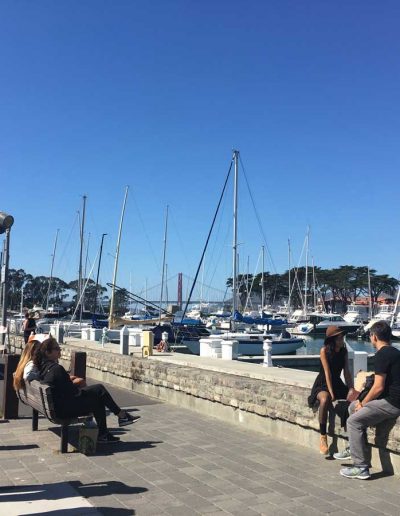 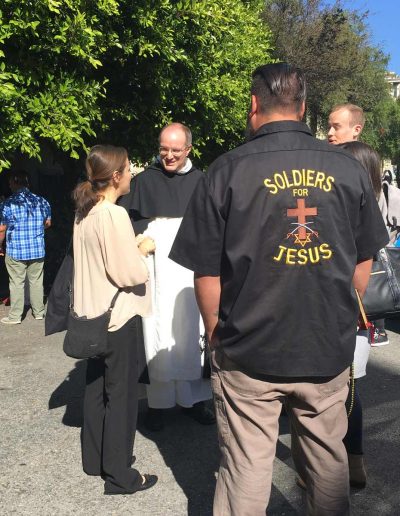 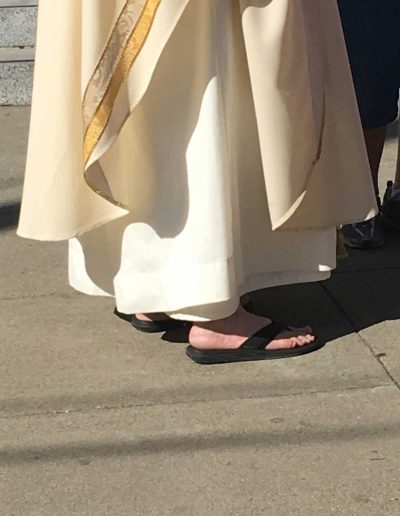 In the afternoon, we scouted locations in the Marina, looking for spots where the bay and bridge were in the background. We imagined the friars in their Dominican habits conversing with the members of the young adults group with the Golden Gate Bridge visible in the distance.

Prep work: We shared with Richard the photographer some of the test shots that we took. We discussed backup location possibilities including the Wave Organ and the Palace of Fine Art. In the end, we distributed a memo with our afternoon meeting location, knowing we would be able to walk to our desired locales. We prepared a basic model release form for the young adult group folks. Also, Leslie gave specific directions for the types of clothing and colors we wanted our young adult subjects to wear.

We met the photographer at St. Dominic’s at 10:30. Richard shot some church interiors as well as the mass procession. After mass, Richard shot candids of friars interacting with church members of all ages and diverse ethnic backgrounds.

We took a lunch break and then met up again at our designated corner. We walked over to Yacht Harbor and onto the beach that had a great view of the bridge.

While there was a bit of art directing, the actual interaction between friars and the group members was completely unstaged. The friars and young adults formed conversation clusters and immediately fell into lively talk while our photographer and an assistant worked away. 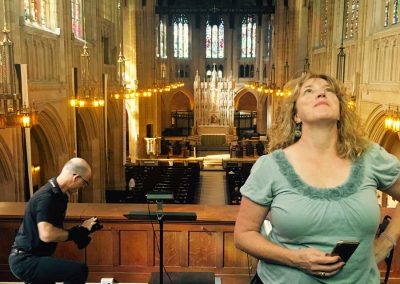 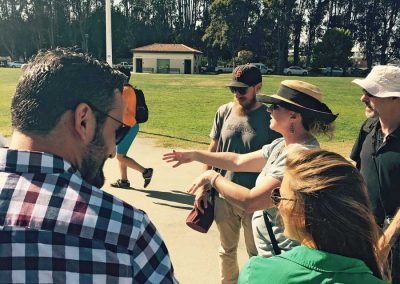 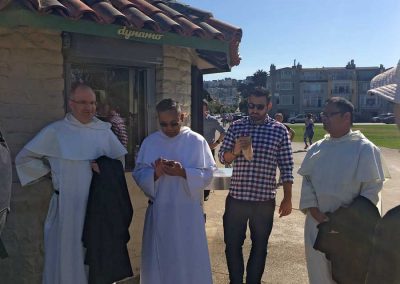 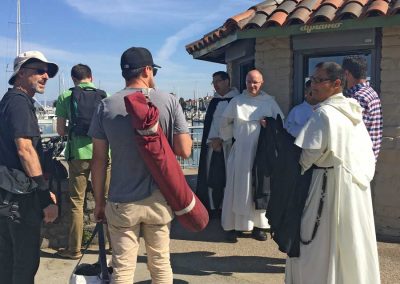 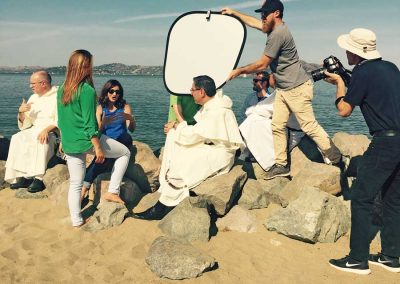 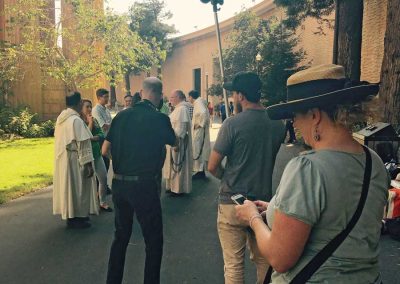 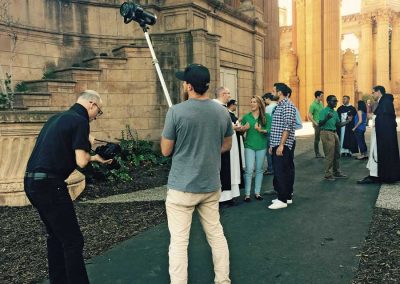 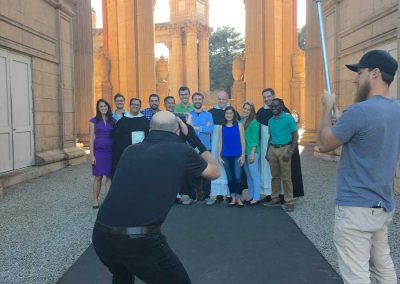 It was a very warm day for October and the friars were sweating in the sun wearing their habits. We stopped after 45 minutes and moved to some open shade areas at the Palace of Fine Art which across the street.

The structure of the Palace of Fine Art made for a grand backdrop to groupings of friars and young adults. We took photos at the northern side of the building and then moved to the eastern side. We took one group photo of everyone.

The First Look and Photo Editing

A few days later, Richard uploaded an edited set of photos to a web gallery for us to look through. There were 790 images to look through from the 2000+ images he had taken. I edited them down in Adobe Bridge, making stacks and marking the top images with 4 and 5 stars, until I got the list down to 65 picks. 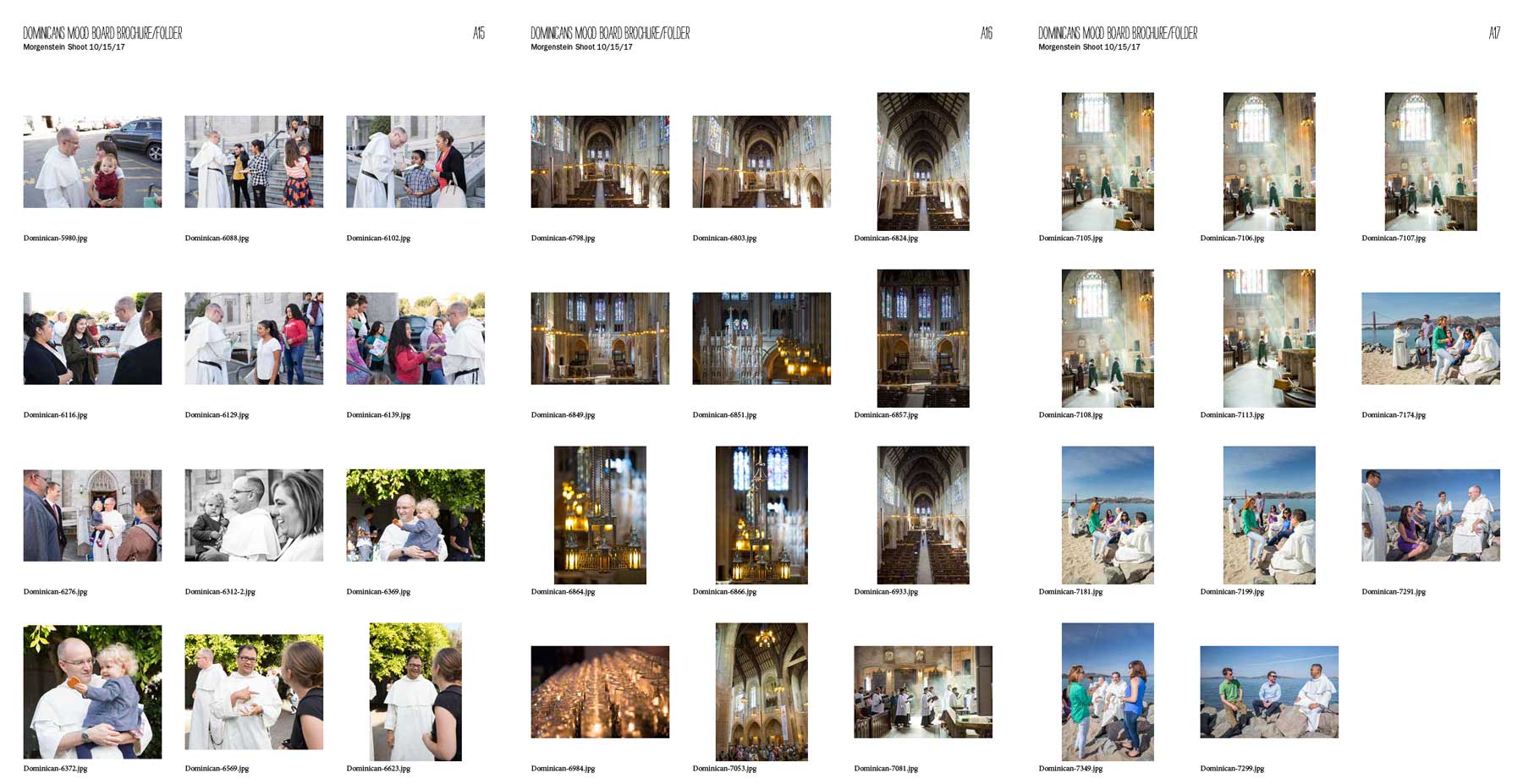 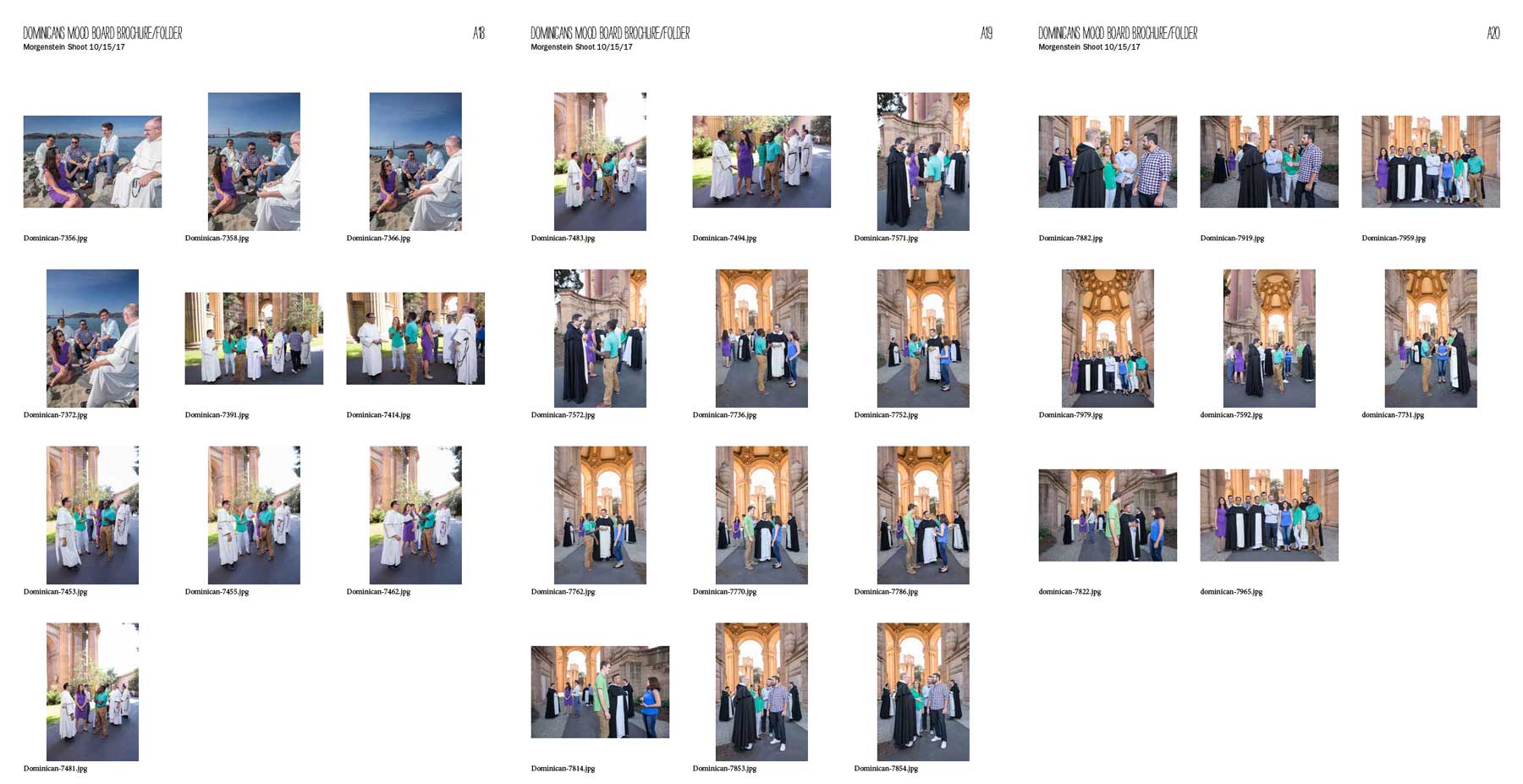 We couldn’t have dreamed a better outcome. We got what we set out to get! We had luck on our side and the beauty of San Francisco. Further, we had Leslie’s strategic art direction: young people engaging with the friars in an iconic San Francisco setting. Finally, we had the creative talents of our photographer Richard Morgenstein. Now all that remained was making some final selections and dropping them into the layout.

Read the final post in this series to see how it all came together and the impact the brochure has had for our client. 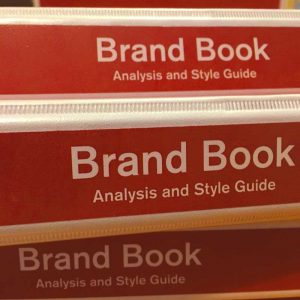 Another 8.5 months gone by since we last saw each

It’s been 6️⃣ months since we’ve seen each

Today is #worldbeeday🌎🌍🌏! Its purpose is